Cannabidiol (CBD) has various medicinal benefits. Currently, many people both in and out the medical profession are interested in the numerous benefits it provides. It has been advocated as a foolproof treatment for anxiety because some clinical trials have identified that the product can actually reduce anxiety symptoms.

There are millions of people in the world suffering from anxiety disorders. Most of these people experience symptoms constantly such as sleepless nights, panic attacks, depression, constant worry and extreme phobias. However, they are able to proceed with their lives normally by avoiding situations that provoke anxiety. Normally, medical professional prescribe antidepressants but in some cases they make everything worse.

What You Need To Know About CBD And Anxiety

The cannabis plant contains over 100 natural compounds, referred to as cannabinoids, with Cannabidiol being one of these compounds. Another common compound is THC, responsible for making someone euphoric and in some instances can make someone anxious and paranoid. Compared to THC, CBD is considered as non- psychoactive with numerous beneficial qualities such as neuroprotective, anti-inflammatory and anti-epileptic.

Various trials are still being conducted to identify numerous benefits of CBD. Currently, it has been identified that CBD actually reduces feelings of anxiety in people. In a test conducted in 2011, 24 people diagnosed with anxiety disorder were given a placebo and CBD. Next, they were asked to perform a public speaking test. The results identified that CBD actually reduced their anxiety, discomfort in speech performance and also their cognitive impairment. Also, their alertness in the anticipatory speech was significantly decreased.

In another test, 10 people with anxiety were given CBD to find out the parts of their brains affected by the substance. It affected the paralimbic and limbic areas thus reducing anxiety entirely. Note that, these areas of the brain are responsible for the creating emotions and memories. In general, a few trials have been carried out on the effects of CBD on anxiety and the results are promising.

The Role Played By The Endocannabinoid System (ECS)

By understanding how cannabis interacts with the bodies after consumption, it’s easy to explain the effects of CBD on anxiety and a myriad of other problems. The ECS is a large network of receptors and chemical compounds in the body. The system regulates various functions in the body such as pain, inflammation, mood, immune response, neuroplasticity and neurogenesis.

The body naturally produces chemicals, referred to as endocannabinoids. They fit into receptors and produce modulating responses in the entire body. Take an example of Anandamide, a chemical that’s similar to THC found in cannabis, which relaxes the body putting you at ease. Unlike THC, CBD doesn’t fit into the receptors. Rather it interacts directly with receptors, most of which affect brain function and mood.

CBD binds itself to the receptor sites and stimulates it partially, allowing you to have an anti-anxiety effect. It also promotes the neurogenesis of the hippocampus, which is the part of the brain that deals with emotion, memory and autonomic nervous systems. Eventually, such an interaction reduces anxiety. CBD is responsible for boosting the levels of Anandamide in the body, allowing a proper reduction of anxiety symptoms. Therefore, it works differently to other compounds to make sure that you’re anxiety free.

As mentioned, CBD part of the cannabinoids found in marijuana but the substance is illegal in various countries across the world because it also contains THC (responsible for euphoria). Note that, CBD is also present in hemp, which is quite similar to marijuana. However, by comparing hemp and marijuana, you will find that the former contains very little levels of THC, the reason why it is legal while marijuana has been banned in numerous countries.

Whether you’re consuming CBD through hemp, tinctures, sublingual sprays, topical creams, vaporizing and much more, you will evidently experience a notable reduction in your anxiety symptoms. Since it is a natural substance, it has become more preferable for handling anxiety than antidepressants or any other treatment options out there. As long as you’re not consuming THC, you’re safe to use CBD effectively to handle your anxiety issues. Whether you’re going for an interview the following day or sitting for an exam, CBD will work wonders to reduce your anxiety issues. 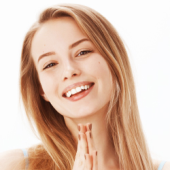 How To Consume CBD